END_OF_DOCUMENT_TOKEN_TO_BE_REPLACED

Should I Worry About The Mental Health Of Selfie Lovers?

I have been called an old soul on multiple occasions. Sometimes, it is a compliment, which means that I am wiser than my peers. Other times, however, it indicates that I am slow when it comes to technology.

The reason for the latter is that I do not enjoy taking selfies or using social media channels to flaunt them. No offense to anyone, but I cringe at the thought of posing for the camera every day and updating the world about what I am doing, eating, or wearing. Although I love myself, I don’t think I am too important for my Facebook and Instagram friends to want to see multiple selfies from me daily.

Now, my little sister has an opposite view of that. Ever since we gave her the latest iPhone as a reward for doing well in school, we have often seen her holding it up at different angles, taking pictures of herself. Sometimes, when we dine out, she stops us from digging in until all our orders have arrived because she wants to capture them on camera, too. And it has become a bit dreadful to go on trips with her because she feels the need to take 50 or so selfies at every spot in the location.

Then, once we come home, no one can talk to my little sister for a solid two hours. It is not because she goes to her bedroom and locks herself there; it is because she ignores everyone while trying to pick the best photos to upload on social media. She typically says, “It is a full-time job to try to look good for the camera. You wouldn’t understand it, guys.”

My usual reply to that is, “Finally! We now have something to agree on.” My sister is right – I genuinely do not understand why people waste hours going through and editing photos that contain their faces. It is not as if they are models or professional photographers who get paid to do it. No, they merely love being in front of the camera and perhaps seeing their faces often.

Do I Need To Worry About The Mental Health Of Selfie Lovers?

Since I share a home with a young selfie lover – and my parents are more helpless than me tech-wise – they have tasked me to figure out what is possibly going on in my little sister’s head. My parents even tried to confiscate my sister’s phone once to make her stop – the latter wailed and whined as if she had lost a limb or a loved one. They do not think that her behavior is normal; they worry that taking too many selfies affects her mental health.

I do not think my little sister will go to a psychologist with me without giving in to the urge to take selfies there, so I have decided to go to the clinic by myself. I laid out everything we found odd about her actions and showed her my sister’s social media pages.

After browsing her profiles for a few minutes, the psychologist says, “Let me tell you the positive points that I have seen first. For one, your sister does not post photos of herself in skimpy clothes or while posing provocatively. Many teenagers tend to do otherwise when they seek attention or affection from others, especially if they cannot get it at home.”

Relieved, I smile and ask the psychologist to continue.

She adds, “Another thing that you may have also noticed is that your little sister hardly uses filters. You told me that she scans too many selfies and merely picks one or two out of them, but she does not deem to alter it too much. Her freckles are still visible; she does not hide her baby fats or wear makeup in some photos. It likely indicates that she posts them because she happy to share them with her friends and family.”

“So, are you saying that there is nothing to worry about now?” I ask.

“Oh no, there still is. Your little sister may have a healthy mind now, but being exposed to social media and taking selfies daily may keep her from making good decisions later. And as you have said, she forgets to interact with you and your parents when she is too focused on her phone. It may eventually form a barrier between you, which is not ideal for any family.”

“What should we do?”

The psychologist suggests, “You can try talking to your sister about your worries and explain why you want to limit their cellphone usage. Doing so will keep her from being rebellious and acting up. Ideally, she will listen to you and reduce her selfie hours so that you can bond as a family.”

I shared what the psychologist told me to my parents, and we conducted a little intervention on the same day. Of course, my little sister protested in the beginning, saying that we were taking away her happiness. But I corrected her and said, “You can still take selfies and post them online – that’s okay. However, there will be a cellphone curfew because we miss talking and catching up with you. We haven’t done much of that because of your new hobby.”

As more days passed, my sister found a balance between her life and her love for selfies.

It’s always a good feeling to browse through pictures of people in love. They seem to have gathered all the happiness in the world just right in each other’s arms. How can such love be so apparent in still and static photos?

Photography in and of itself is not merely capturing a factual event in time. There are meanings, motives, and emotions behind the image captured and the one taking the pictures. — Sam Louie MA, LMHC

END_OF_DOCUMENT_TOKEN_TO_BE_REPLACED

Your Next Relationship Goal: Try These Craft Projects

Are you and your partner getting tired of hopping into different restaurants for a date? Or perhaps both of you have seen all possible kinds of amusement parks. Maybe your travel goals are still taking a long way from reality.

END_OF_DOCUMENT_TOKEN_TO_BE_REPLACED

Maintaining A Keepsake Of Your Relationship

The wonder of memory is that, when properly used, it gives strength and vitality for living today. — Arthur Dobrin D.S.W.

END_OF_DOCUMENT_TOKEN_TO_BE_REPLACED

Why You Should Document Relationships Through Photographs

With the advancement of technology, it has become more accessible and possible for almost anyone to capture photographs. Even cheaper mobile phones have one built-in, ready for instant snapshots of different moments in life.

Taking pictures of experiences has become increasingly common, and not just for vacations or once-in-a-lifetime events. Most of us carry cell phones equipped with decent cameras, making it even easier to snap a few photos during nearly any experience—whether it’s a view of the Eiffel Tower or a view of your lunch.  — Katherine Nelson-Coffey, Ph.D.

END_OF_DOCUMENT_TOKEN_TO_BE_REPLACED

Take Better Pictures With Your Smartphone And Feel Like A Pro!

Not everyone can afford a DSLR camera, but almost everyone has phones with cams. Why not take advantage of the latter instead of wishing for the former to make rocking pictures?

END_OF_DOCUMENT_TOKEN_TO_BE_REPLACED

Tips On How To Photograph Flowers 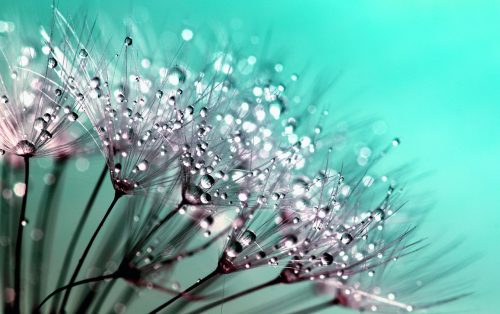 Virtually all of us carry cameras, in the form of smartphones, with us constantly, so it’s certainly worth considering how their use impacts our lives and whether we can use them in a positive way. — Jaime L. Kurtz Ph.D.

A few things in this world can encapsulate beauty as the flowers do and what better way to preserve the moment by taking a nice photo of it. It can be beautiful, magical, and truly imaginative. The act of taking the picture itself can make you feel light and pleasant. It is a source of such inspiration!

END_OF_DOCUMENT_TOKEN_TO_BE_REPLACED

Vital Elements Of A Compelling Photograph

It’s not just a photograph, it’s a story.

…photography was a way to strip away the masks that people wore to get to their core beings, the underside of individual existence. — Stanton Peele Ph.D.

Looking at an image of a child whose deep eyes, crinkling at the sides, glow and whose smile radiate amidst the depressing background of a war-stricken community, what does that tell you? Does it inspire sorrow or joy? How did it make you feel? Did you see the despair? Or were you able to catch that tinge of hope embedded somewhere in the child’s innocence?

END_OF_DOCUMENT_TOKEN_TO_BE_REPLACED

Over the years, photography taught me to “see.” As a visual hobby it became the perfect escape from my occupation. — Leon Pomeroy Ph.D.

Photography may come in many forms and structures; while some can easily grasp at the message of an image, others would have to dig deep in order to figure out what the artist really meant.